Showing posts from April, 2014
Show all

April 30, 2014
Charlotte’s Song by Nancy Ferragallo directed by Andreas Robertz and Mario Golden produced by The Theater for the new City Charlotte’s Song is a stark expressionist piece, written – ‘conceived’ would be a better word – by Nancy Ferragallo. This bit of concept theater concerns a schizophrenic mother and her daughter. The play proceeds largely through monologues, and also through dance, on a nearly bare stage. Mother and daughter communicate, for the most part, through letters. Or at least, the parent does; her daughter does not necessarily respond. A large portion of the piece consists of monologues in which the mother, reading her own letters, begs her daughter to visit her at a series of hotels. In fact, the litany of hotels is extensive. The use of repetition is effective only up to a point. In this case it’s fascinating at first, but becomes burdensome. Long expressive silences are imbedded in the spoken passages. Framed by fragments of the monologue, they’re eerie.
Read more

April 24, 2014
Mark Borkowski’s so-called comedy The Head Hunter is about a mobster who decapitates people, and his cousin, a writer who’s been cheated out of a screenplay. It’s been produced recently by Termination Productions.  The action takes place in the writer’s apartment. The tough-guy cousin is determined to convince his kin to let him handle the problem with the screenplay his own way. As he is a mobster who  decapitates people, you can imagine what that is. There’s potential here. During the course of the play the unsavory relative reveals some pretty alarming secrets to his nice-guy cousin. Unfortunately, Borkowski has loaded the play with such a virulent string of obscenities that it’s obscured beneath a blanket of vulgarity. It gets tolerably better after the intermission, when there’s at least some interesting dramatic action. By that time Borkowski has essentially exhausted the lexicon of smut. The Head Hunter is served better than it deserves by the other talented arti
Read more 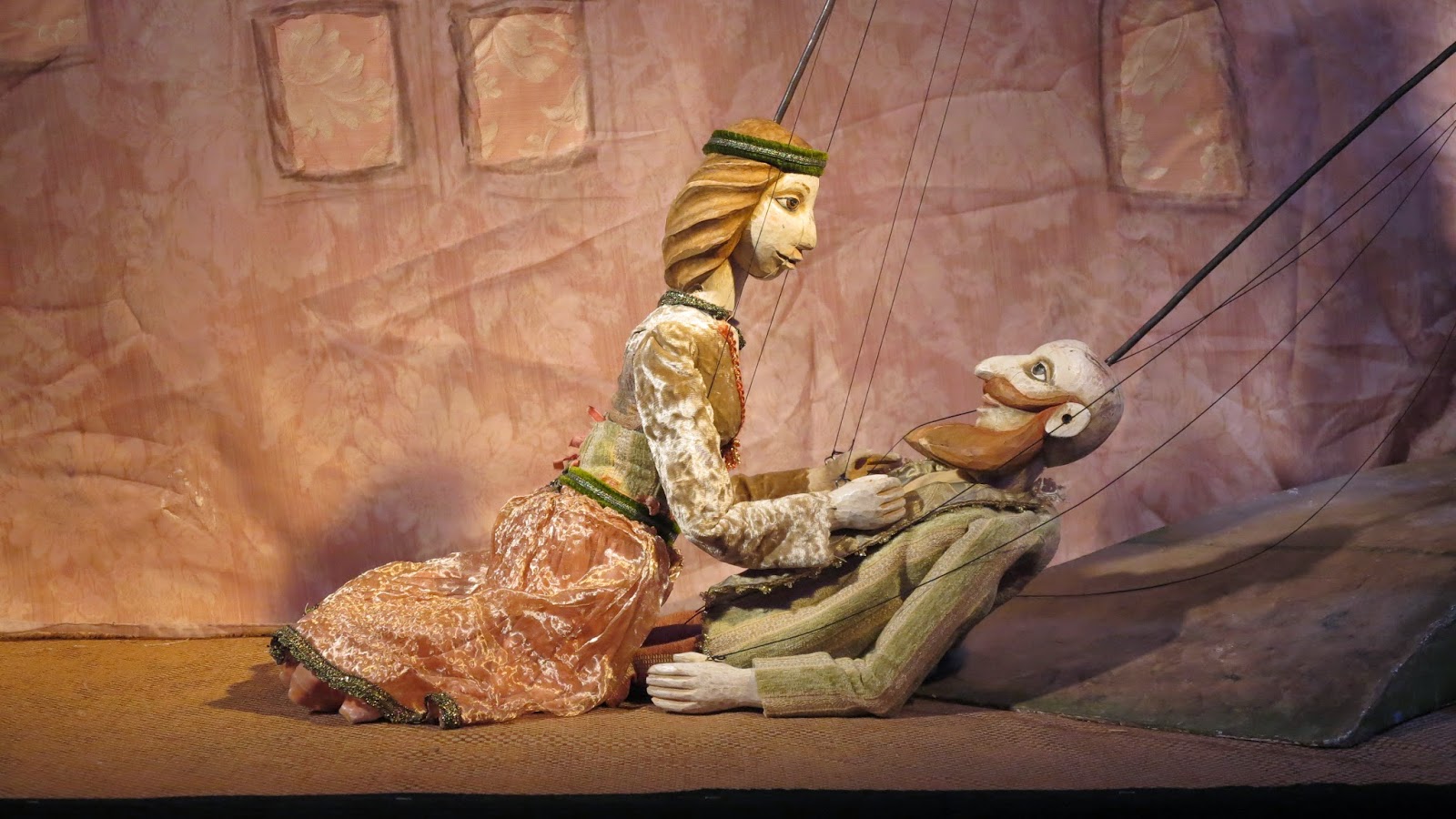 Don Juan or the Wages of Debauchery by Vit Horejs produced by The Czechoslovak-American Marionette Theatre Don Juan or the Wages of Debauchery is an adaptation of the Don Juan myth by The Czechoslovak-American Marionette Theatre. The company produced it recently with beautiful, superbly painted puppets designed by Jakub “Kuba” Krejci. They have exquisite, detailed costumes by Michelle Beshaw. They range from a few inches high to one or two feet. The master of the puppet company is Vit Horejs, a Czech puppeteer who wrote the adaptation, directed the show, and “plays” the puppet role of Don Juan. Horejs’ work springs from traditional Czech puppetry, but he’s developed the form into something more complex and contemporary. Horejs is joined by four other puppeteers. The puppet stage is the traditional clothed platform with a series of backdrops. The puppeteers, in costume, are seen above backdrops. They’re acting from the waist up – or shoulders up – their faces express
Read more
More posts