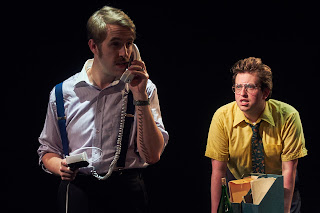 Princess Diana was certainly a phenomenon. Wikipedia reports that 750 million people watched her televised marriage to Prince Charles in 1981. She was, of course, a media sensation until her death in a car crash in 1997.

I’ve always failed to see what there was to admire in this woman. She was not a Cinderella, and if she was exploited for her pedigree, she apparently did not object. After all, she was Lady Diana before she was Princess Diana. She was killed returning from an evening of clubbing in Paris - at the age of 36 - with a man not her husband. And this from a member of the British royal family! I grant that she worked for charity, but that was her job. As far as I can see, her only real contribution was to refuse to include in her wedding vows that she would “obey” her husband.

Andrew Morton published a biography of the great lady, Diana: Her True Story, based on audiotapes of interviews that her friend James Colthurst conducted with her using questions that Morton had written. It was published in 1992 by Michael O’Mara.

James Clements’ play The Diana Tapes explores the writing of this book. He presents us with Morton, Colthurst, O’Mara (who was American) and the Princess. It’s produced by What Will the Neighbors Say? at HERE, Off-Broadway

The question of whether Diana was worthy of admiration, pity or scorn is at the core of the play, and it presents itself largely in the dialogue between the three men. “She’s suffered,” Morton says of her. But later he has an awakening and says cynically, in the play’s best line, “She’s part Virgin Mary, part Florence Nightingale, part Liz Taylor.” He finally realizes “She’s absolutely the most accomplished media operator of our time.”

The play did nothing to improve my opinion of Diana Mountbatten-Windsor. And it’s not just because of the dialogue between the writer, the go-between and the publisher. Diana herself is made out to be a ditzy airhead. She enters singing Michael Jackson’s song Billy Jean. She uses obscenities, calling Colthurst a “prick”, and other things. She talks about bulimia, Camilla Parker Bowles and cutting herself, but we nonetheless never feel any real sympathy for her. Indeed, it’s what she says that alienates us most from her: “People will weep and know that I’ve suffered for them,” and “I just want to be happy.” It’s not clear if the lines are from the tapes.

Even Colthurst, her friend and doctor, becomes exasperated with her during an interview and says “You’re painting yourself to be some sort of a saint. Do you really not know when you’re doing it any more?”

And even speaking as one who didn’t admire her, I think that the production might be a bit fairer to her. The actress in the role does nothing to enlist our sympathy.

The three gentlemen on stage give precise, focused performances. But they’ve been directed by Wednesday Sue Derrico to be in a frenzy in nearly every scene, and that makes it impossible for them to deliver believably those lines that, unfortunately, explain the play - like “Here is the biggest scandal to strike the monarchy since abdication!”

The Diana Tapes is a slight script - it runs 70 minutes - and it’s satisfying as far as it goes, but it never develops anything. Mr. Clements presents the story, but he doesn’t really dramatize it with a through line and a central climax. We have to content ourselves with an interesting discussion.

At the end of the play, the actors dress Diana in black while we hear a tape of her talking about Paris, and it’s chilling. Diana looks at us silently, and for several moments she has real mystery.